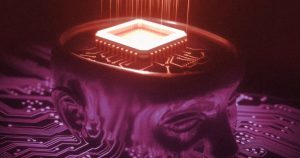 We live in an age when the realm of science fiction is closer than ever to reality. Recently, companies such as Elon Musk’s Neuralink have been developing brain microchip technology capable of treating serious brain diseases, direct interface with artificial intelligence, and saving memories like pictures. While the prospect of new technology sounds promising, people are understandably cautious about the drawbacks that may come with brain microchip technology.

Cyberpunk stories and speculative fiction centered on brain microchips often explore how technology designed to transcend our human limitations often causes us to lose some of our humanity in the process. Now that brain microchips are an imminent possibility, these concerns have become plausible objections.

Online focus group company and opinion survey service John Zogby Strategies did a recent opinion survey on the topic of brain microchips and the results appear indicative of society’s present attitudes about the technology. The overwhelming majority (77%) believed that brain microchip implants “will be used to usher in a never-before-seen level of totalitarian control.” 67% of respondents also stated they would rather retain their humanity and “not merge with AI.” Another majority (56%) believed that brain microchips would “destroy the social fabric.”

It may be too early to tell whether these concerns are real possibilities, but brain microchip companies should err on the side of caution if they wish to win society’s approval. To do this, they may need a convincing demonstration of the technology’s benefits and clear procedures with sensible, ethical boundaries. Instead of dismissing these concerns as fear-mongering by science fiction authors, brain microchip companies should add earning the public’s trust to their list of priorities.